The first known decree on the subject of the Metaverse and NFT.

The topic of NFTs is now under the attention of many courts around the world (even recently, in Italy), but the ruling being commented on turned out to be the first in the matter of fair business in the metaverse and copyright infringement.

The order was made between the clothing chain Mango and the copyright collecting society VEGAP.

In March 2022, Mango announced that it will enter the Metaverse, and more specifically, it will display a number of unique works by Farkas in a virtual museum located on the Decentraland 3 website.

The group aimed to reinterpret several works of art, including Oiseau volant vers le soleil, Tête et oiseau by Miró, Ulls i Creu and Esgrafiats by Antoni Tàpies, and Dilatation by Miquel Barceló. All works are still copyrighted by Spanish artists.

VEGAP sought an injunction from the Commercial Court of Barcelona for copyright infringement as an agent of the rights holders, arguing that its offering and conversion to the NFT violated the exclusive moral rights of integrity and disclosure as well as the rights of economic exploitation of communications to the public, reproduction and adaptation.

They also argued that the works were not reproduced, that they were merely reinterpretations of the artwork, in other words, modifications, and that the NFTs are not copies of those works either, they are digital assets that have not yet been minted and can only be viewed using the NFT platform.

Mango also disputed its passive legality since the assets are not minted and therefore only exist on the OpenSea platform ‘menu’.

The court partially dismissed the injunction against Mango and ordered the appellant to provide a cryptocurrency wallet to hold the NFTs in custody for alleged copyright infringement.

The wallet is entrusted to the court for custody for the duration of the proceedings and the injunction includes an order to OpenSea to transfer custody of said tokens to be deposited in the applicant’s wallet.

The identification of copyright infringement profiles is deferred to later judgment on the merits. 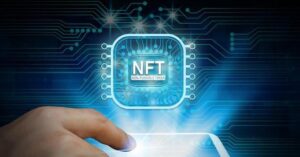