Posted by Federico Lazzerini, Digital Communications Entrepreneur, Among 30 Forbes Leaders in 2020 and Author of the “Disrupt Marketing” Guide (Mondadori) –

The story of the fall of the stock exchange giant FTX will set the standard: What disappeared within 48 hours – with the savings of more than a million users – was not only the more than 18 billion treasures of founder and CEO Sam Bankman-Fried, but all the legendary aura that led the latter to earn the trust of Investment giants, including SoftBank and BlackRock, occupy a rightful place among the legends of global entrepreneurship of all time.

In short, we have witnessed the fall of the legend of our time: Sam — or SBF, as he’s known on social networks — has calibrated his public image as a literary figure: barely thirty, disheveled, relaxed. physique and always sad; That touch of humility by driving a regular Toyota, rather than a supercar.

His eccentricities as a brilliant artist and his speeches as a disinterested philanthropist have convinced even the most skeptical: that the SBF will lead one of the most profitable corporations in the world, with the sole purpose of donating a significant portion of the proceeds to charity.

All too perfect to be true: in fact, they weren’t.

The rise and fall of an idol

How can FTX and SBF turn into golden idols in just 5 years, so venerable and brilliant as to blind the judgment of the major financial players, and at the same time, to hide all the flaws – the budget gap, the complete management incompetence – that they will then be condemned?

In my view, the answer is unequivocal and very reminiscent of the Theranos case.

In fact, the SBF story highlights our urgent need for massive success stories: visionary entrepreneurs, preferably “underdogs,” tell us that anything in life is possible and show us a different and better future.” Upon closer examination, the start-up’s tremendous online reputation was And Sam, through digital communications, is a key factor in the rise of FTX.

The big sponsorships, the huge banners that hung over the NBA stadium, and the advertising at the Super Bowl are just the result of the great personal branding process that SBF has implemented on itself. He was not only present, but omnipresent on the Internet: every statement he made became true.

Sam’s story, in fact, is very similar to that of Elizabeth Holmes a few years earlier, founder and mentor of Theranos, the startup that was supposed to build a machine capable of getting multiple medical diagnoses from a single device. A drop of blood, then discover a fraudulent empty box: Holmes also got the prestigious analogy with Steve Jobs too soon; Holmes has also evolved into a character with an unforgettable look and tone, capable of swaying her message on the web, through stuttering essays, interviews, and TEDx.

Continuous media exposure worth hundreds of millions of dollars, obtained for free: this is what also allowed Elon Musk to rise to the top of the world’s billionaires.

Market confidence in Tesla, SpaceX and now Twitter is along with the good and bad weather that Musk has created. He knows that with a tweet he can draw attention to himself and constantly inflame public opinion to gain global and broad visibility.

But online reputation is not the black magic of unscrupulous novice subscribers, on the contrary: we become aware of the reality of those who systematically build up their online reputation only when the house of cards falls and we see that there was nothing behind it; However, there are thousands of entrepreneurs from solid companies who multiply their results by investing in their online visualization. They are our market leader and bring value to Italy in the world. 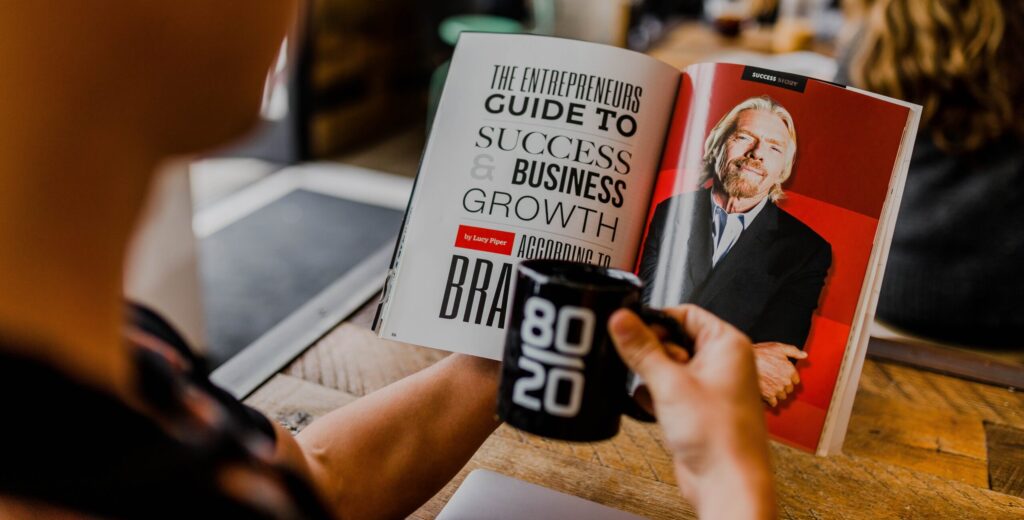 Photo by Austin Distell for Unsplash

How important is personal branding?

Success in business now depends on a qualified online presence even before any contact is formulated: Almost all people first search Google for information, news and reviews about companies, professionals, shops and restaurants. If your brand doesn’t look trustworthy in those first few seconds, it’s game over.

The real investment that entrepreneurs and professionals must make, at every stage of their journey, is in their online reputation. Creating an unforgettable personal brand turns you into the King of Midas and gives you a power no market volatility can take away from you. It is clear that we also need a sustainable and shareable value system and morality because sooner or later the reputation of the web built on lies will collapse.