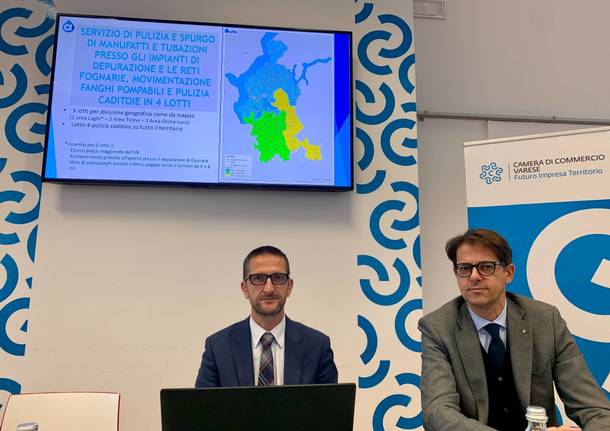 Two Varese companies, leaders in temporary groups of companies, have been awarded two contracts from Alfa srl ​​for a total value of nearly 30 million euros.

To make this possible, a real extension work has been carried out in synergy between Alfa Srl and the Chamber of Commerce: «The Chamber of Commerce, as the home of companies, has among the tasks of stimulating their operations – he emphasized Fabio Longi, President of the Varese Chamber of Commerce – The difficulty for local companies to participate in public tenders is well known, and it is a difficult prospect for local companies to win given their small size. For this we have Curated webinars to explain how they got togetherWhich allows them to move from words to deeds. In this meeting, Alfa can, in fact, announce the first tangible results of the work that has been done and that will bear fruit in the region ».

But Training would not have been enough, had it not been for an incentive to prepare procurement contracts that have become “more business group friendly”: that they therefore took into account not only a standard price, but also incentives for those who had to deal with hard-to-reach small communes, or logistical assistance for the “parking” of vehicles operating in the north of the Varese region.

« More often – select the alpha chief, Paul Mazzucelli – The small and medium size of regional enterprises is an obstacle to engaging in business tasks in large quantities. That is why we thought of a strategy that could easily include the largest companies of the Varesotto region, because we feel deeply connected to the region. Alfa’s strategy has therefore focused on analyzing the company’s needs based on regional realities: in practice this translates into dividing some bidding procedures into functional groups. The division is carried out on the basis of different elements such as the morphological characteristics of the territory, the historical of the interventions, and the classification of the activities in relation to the geographical characteristics. This approach, which allows quotas to be divided differently even at the economic level, has allowed a wide range of economic actors to approach these measures.

A procedure born from listening to the territory: «Three years ago, Alpha began to grow and began to make important bids – Mazzucelli continues – Companies in the region explained to us that they are used to smaller sizes, and it was difficult for them to participate in contracts of this size.. The path we have taken has led us to grow as an Alfa company, but it also shows the fact that local companies have accepted the challenge: and today we are here to present it. Two local companies, agents of two temporary groups of companies, have been awarded two contracts worth €15m each.. We are talking about an intervention related to aqueducts, sewers and purification: so everything is normal and extraordinary maintenance in the 138 municipalities of the province. Varese. The important message we have to give today is that Alfa is growing, but the whole region is growing».

An important result also for the Chamber of Commerce: «The Chamber of Commerce gladly joined the proposal of Paolo Mattocelli and Alpha Servesi, acting as a hub, as is its role, to engage companies, showing them that communication can also be champions. One of the contracts one would never have thought of considering before – Fabio Longhi commented – Today, business groups have been created that not only win contracts from Alfa, but are also involved in contracts from other service companies: A very important signal for the local economy and for the importance of an institution like the Chamber of Commerce in assembling companies. Join is nice, already join is key: Working as a team and working on big projects helps growth».