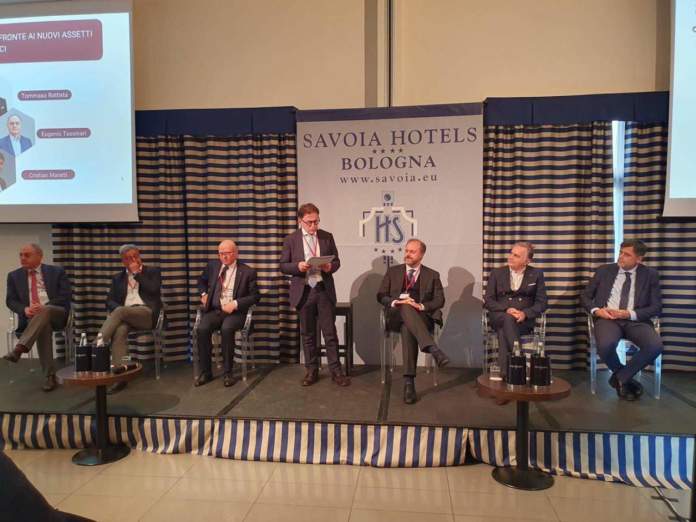 The National Compag Conference, the annual meeting of agricultural retailers and operators in the grain supply chain, is finally back in attendance (the last time was in 2019).

At the center of this year’s debate is the European Green Strategy and its controversial implications for national and international agriculture. Indeed, an uncertain future with profound changes is emerging in the agricultural world.

during the meeting Aldo Ferrero From the University of Turin’s Department of Agricultural, Forestry and Food Sciences, he explained that the current European green strategy risks presenting a very high bill for the entire sector. In fact, some impact studies indicate severe effects as a result of its application: a decrease of 10-30% of the main agricultural production, an increase in the prices of agricultural products by 10-60%, an increase in imports (oilseeds, cereals, beef, pork and poultry), and limit exports.

Reducing emissions, at the global level, would be negated by shifting production to third countries with the risk of greater loss of biodiversity and an increase in food insecurity for at least 22 million people.

An idea totally shared by Compag. According to the head of Compag, Fabio ManaraIn fact, “the expected times for achieving the targets could have been determined in advance, without a prior impact assessment and before decisive events such as the Russo-Ukrainian war and the prolonged droughts that afflicted much of Europe, situations that jeopardized the possibility of meeting deadlines without compromising the stability of the agro-food system.” European”.

Angelo FrascarelliBut President Ismail reassures everyone. He says: «The future does not have to be gray – on the contrary, a green strategy seems to be the only way. However, it must be addressed gradually and with research, in parallel, for innovative solutions. If it is possible to raise the level of sustainability in global trade, a season of change and innovation may open for the agri-food sector which will strengthen the role of the European Union in the world and trade will benefit from the sale of innovative products and more high added value.

During the round table that followed the opening remarks, a series of interesting pointers emerged for dealing with the current situation.

for his part Christian MarettiThe vice president of the Cooperatives Alliance, while not questioning the green policies of the European Union, asks to postpone their implementation.

Richard FanelliOn the other hand, President Agropharma, regarding the topic of innovation, indicated that the registration of new plant protection products requires 10 years and 250 million euros. However, for seeds, the time is longer, he explained Eugene TacinariAssisementi’s chief, it will reach 15-16, unless new Nbt technologies are cleared, which will allow the timing to be halved.

For fertilizer, he said George Cappelari (Assofertilizzanti) It is essential to plan sales if you want to guarantee fair prices and products for everyone.

suggestion Janmichel PasseriniThe deputy chief of the CIA will urge the secretary into a meeting General cases of agro-food Within it, the personality must be stripped away and a system must be found to strengthen the state system, the only way to succeed.

“It is essential – concluded President Manara – to define common actions to protect the entire Italian agro-food sector, to involve all organizations and political decision makers in the debate, in order to find solutions for the survival of our business and productions for our country, with the aim of improving environmental sustainability in general ».

Aldo Ferrero – environmental sustainability but at a price?

Philip Mitko – Purchasing
of agricultural commodities in the world

Angelo Frascarelli – EU Green Strategy
On the WTO: one can be optimistic